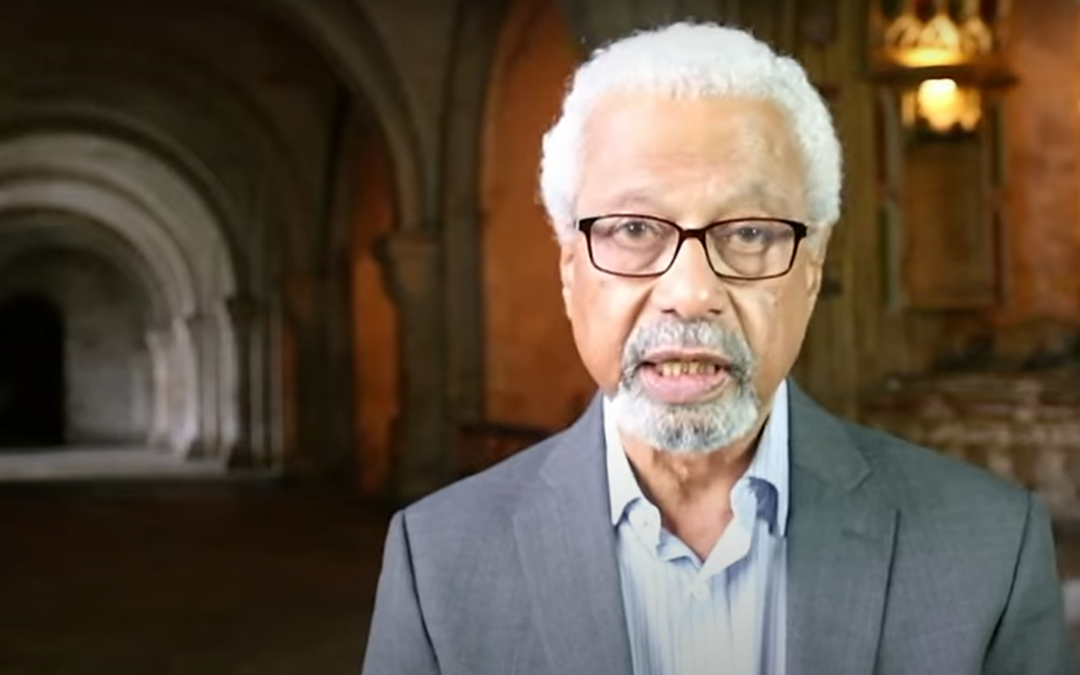 Gatwick Detainees Welfare Group (GDWG) are delighted that one of our Refugee Tales patrons, Abdulrazak Gurnah, has been awarded the Nobel Prize for Literature 2021.

The Nobel Committee awarded the prize for ‘his uncompromising and compassionate penetration of the effects of colonialism and the fate of the refugee in the gulf between cultures and continents’.

These achievements are clear in The Arriver’s Tale’ as told to Abdulrazak Gurnah that was published by Comma Press in 2016 in Refugee Tales Volume I. The Arriver’s Tale described a person seeking asylum living in limbo ‘Do you know what limbo means? It means the edge of hell.’

In 2019 ‘The Stateless Person’s Tale’ as told to Abdulrazak Gurnah was published in Refugee Tales Volume III. In this tale, Abdulrazak conveyed the situation for the subject of The Arriver’s Tale four years after their first meeting. The subject of the tale was still in limbo. He couldn’t work and he still faced the fear of being re-detained at any time. Abdulrazak conveyed the desperation of this experience ‘If they turn me down this time, I’ll pack my bag and go to the Home Office and tell them to send me where they want, even if it is only to dump me in the middle of the ocean.’

It was an honour for us when Abdulrazak Gurnah agreed to be a patron for Refugee Tales in 2016. He has since filmed readings of his tales for our 28for28 series and for Canterbury Cathedral on Refugee Week 2021.

Our community takes this opportunity to thank him for his support of Refugee Tales and we all at GDWG and Refugee Tales send our heartfelt congratulations on the occasion of him being awarded the Nobel Prize for Literature 2021.